It is possible to upload pre-defined Paths to SmarterPath.

The following steps provide you with instructions on how to import previously created Paths.

Open the SmarterPath application and click on the following:

Click on “select file” and choose the JSON file for the Path you would like to import. 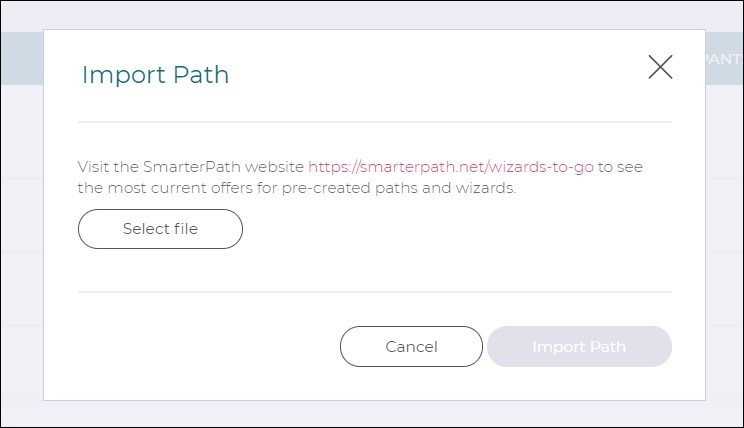 You should be presented with a preview of the Path that is ready to be imported: 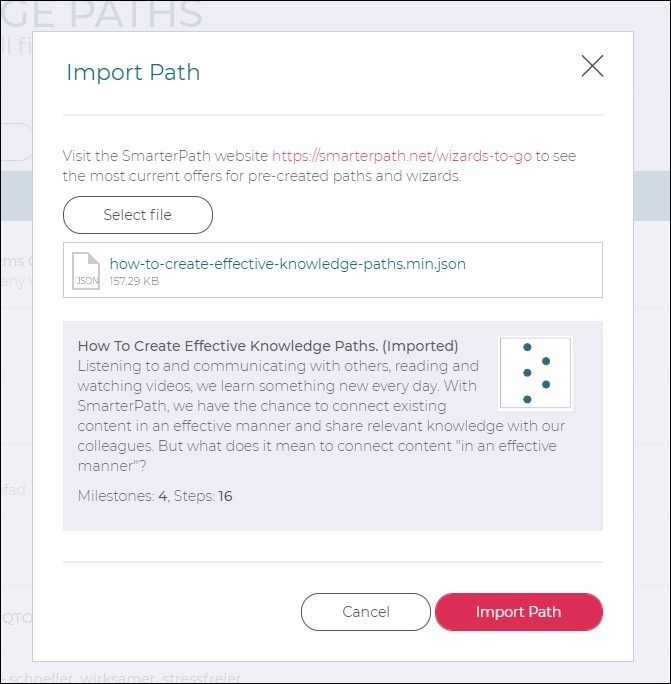 After clicking “Import Path” you will be able to edit the Path according to your needs. You can also adjust the Path (later) by going to 'Paths' and finding it in the list, but be sure to save the imported Path, first! 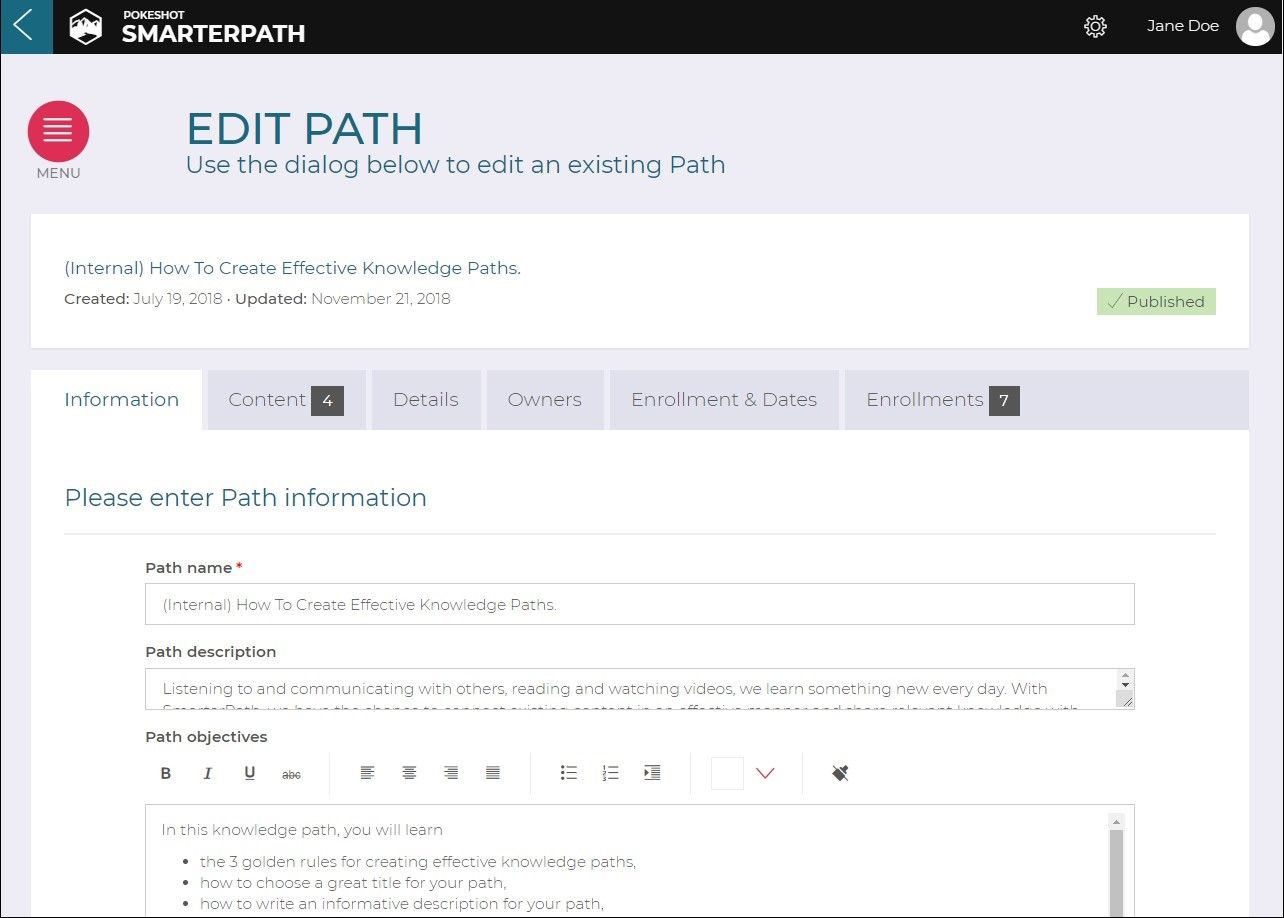 The imported Path is saved as a draft. If you want it to be visible for your team (within the Catalogue), use the 'Publish' option.

Did you find it helpful? Yes No

Can you please tell us how we can improve this article?

More articles in How To's